How to use the Deep Data BETA

Deep Data integrations are available on the Integrations tab on your account settings page.

On this page, you can view a list of all integrations you currently have connected. 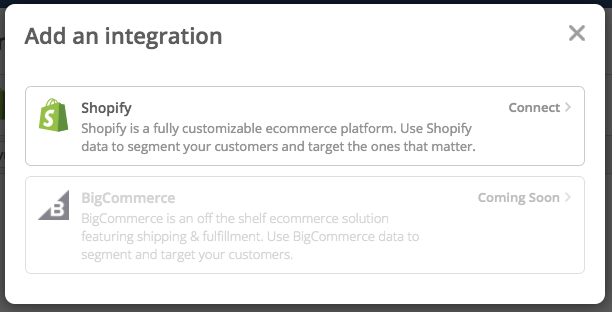 Enter in your Shopify store name and hit the “Connect” button.

If you want to sync in all historical orders, you can do so by clicking the Sync button under your Shopify integration.

Once you have data from your Shopify store, it will appear on your contact profiles in the Ecommerce box. 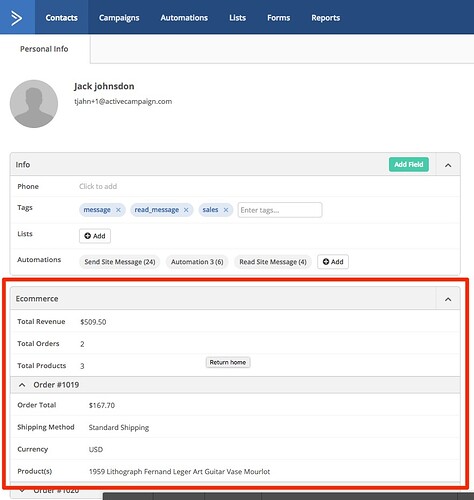 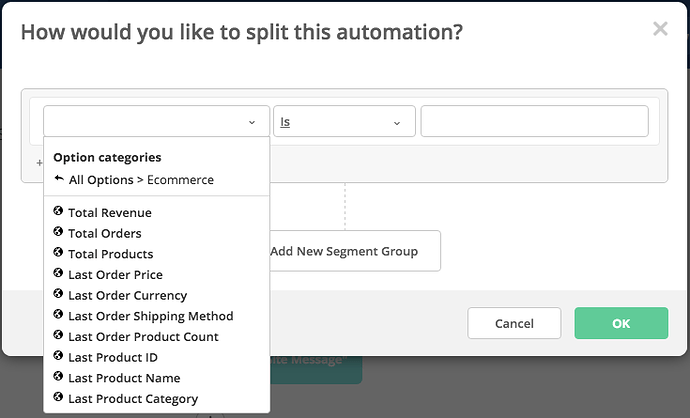 If you have any questions about how to use the Deep Data feature, please post in our Early Access forum. Thanks!

If this isn’t the right place to open up issues, let me know - not 100% sure on the instrcutions…

Anyway, first thing - records are being created twice, possibly by the existing Activecampaign app which is also hooked up already ( and likely to be on a lot of live stores) 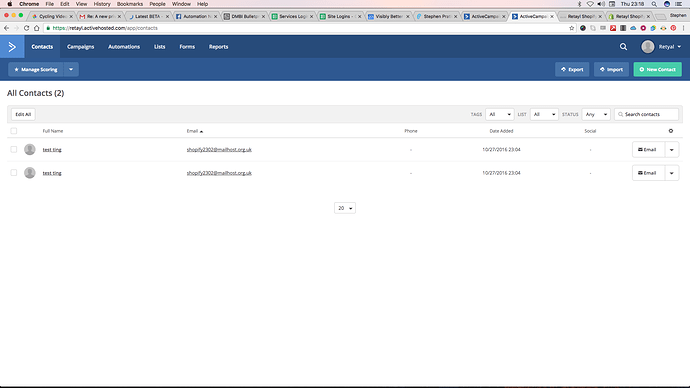 This looks like a bug. I’ll follow up with you via email once things are fixed. Thanks!

I know it’s early days but could I ask a bit about how this data is managed?
In particular are we going to be able to use the API to push other products into AC?

I’m thinking of a lot of people who I see using AC alongside selling content/courses etc etc - there’s such a huge variety of platforms out there that I can’t see that picking them off one by one is the way forward?

Awesome! Any chance we might see the woocommerce integration in the near future?

@eversafemedia - WooCommerce is definitely on our radar.

We’ve heard quite a few requests for it recently.

Why do I not have an integrations tab under settings? I have an “apps” button which allows me to connect Shopify but no “sync” ability. Not even sure this is the same thing since I believe it will just add them to a list and not bring over the data. Please advise.

You probably have branding turned off. You can toggle that setting here: 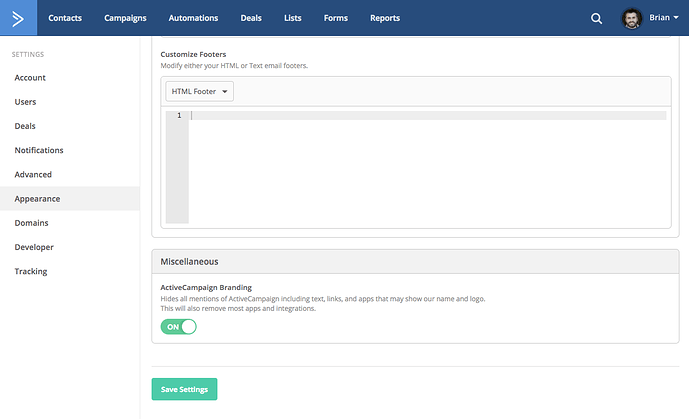 @robertg - Your account hasn’t been updated to the beta. If you wish to update it, just shoot me an email at tjahn at activecampaign dot com. I see your account is still on our old CRM, so please note that updating to this beta will update your account to the new CRM (which is a good thing if you ask me!).

Thanks! I realized after I posted that these were all items that were “private” beta. I’ll shoot you an email.

Quick question - I just synched my Shopify store, contacts came through but E-Commerce data is empty for some reason with each contact. 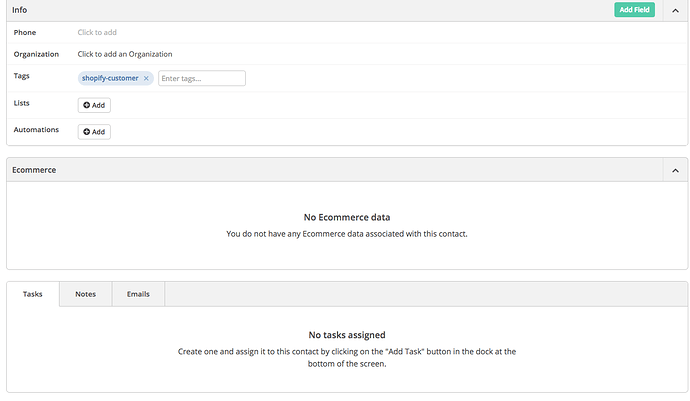 It it a bug or I did something wrong? Or didnt do something I should have?

@Erik - This sounds like a bug. I’ll follow up with you via email once our developers have had a chance to take a look.

@GTMike - Not currently but it’s something we’re considering.

Abandoned Carts are critical, most of the features you added in this DeepData Beta are generally useless for automation(although they can help with some segmentation), but abandoned cart are actually something proven to increase lost sales in many cases 30% or more. These relates to additional revenue, really the most important thing. Being able to have shipping method or currency in segmentations automations is completely useless.

Ideally if you are serious about adding integrations with e-commerce platforms in a meaningful way to advertisers, then you need to focus on creating automations based off users actions or inactions related to the purchasing funnel that directly relate to recovering revenue. Like Tracking products added to cart for unsuccessful checkouts, so you can craft recovery emails and reference the cart products individually. Creating a direct tie in with Shopify for Recovery Cart Links would be ever better, but highly unlikely from the current direction of DeepData.

As an advertiser, Focusing on Abandoned carts would actually translate into moving your company and product to a new level (Kindof like Bronto’s App store offerings). This would be something I could deploy to dozens of stores, resulting in thousands in additional revenue. We have methods of doing Abandoned Cart Recoveries now but having it in AC would make your product 100 times better, not that its not already amazing.

We have also added it to one of our accounts and the sync never finishes. Many of the AC defined custom fields dont update and support just says “its in beta”.

@fsystudio - Thanks for the feedback. Abandoned cart functionality is something we’re working on and hope to have available in the near future. There was a bug with the sync UI and a fix for that will be released today. Let me know if you continue to see problems with that after today. Thanks!

@eversafemedia Ask and ye shall receive